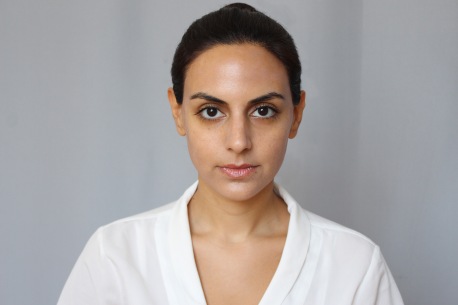 Duru Yücel-Țofei is a Turkish actress born on July 16th, 1986, in Izmir, Turkey. Being a very expressive child with a playful existence, she used to sing in front of the entire class in primary school and stage impressions of all of her teachers during secondary school. She studied theatre at Bornova Municipality’s Theater when she was 10, which at the end of the year led to her playing two different characters in the same play. From that moment on, she came to know very clearly that she wanted to be an actress.

Having inherited some of her mother’s immense talent in languages, Duru chose to study English-Turkish Interpretation and Translation in college but her passion never stopped haunting her, so, she moved from Izmir to Istanbul, where she received three years of acting and art education at The Studio Players. In 2014, Duru performed multiple times in the play named ”Becoming A Rhinoceros 2.014” with the ensemble of The Studio Players. Between the years 2012-2017, she also acted in various TV series, commercials, and a short movie which traveled to Cannes.

Duru Yücel-Țofei has been married to filmmaker and actor Adrian Țofei since January 22nd, 2017, and they also became partners onscreen in the upcoming apocalyptic feature We Put the World to Sleep. The movie is the second part of Adrian Țofei’s meta-cinema trilogy which also includes Dr. Frankenstein, currently in development, where Duru is set to star as well.

Duru adores jazz and has a demo of ten classical jazz songs which received very good feedback from various ”music authorities”. Swimming, yoga, traveling, spending time in nature, learning about the ways of the world and the causes she might have the privilege to support, the topics of literature, painting, architecture, health, psychology, spirituality, science and history are among her favourite interests.